Discussions on your upcoming trackdays, discusions on WSB, MotoGP, BSB or even F1.
5 posts • Page 1 of 1 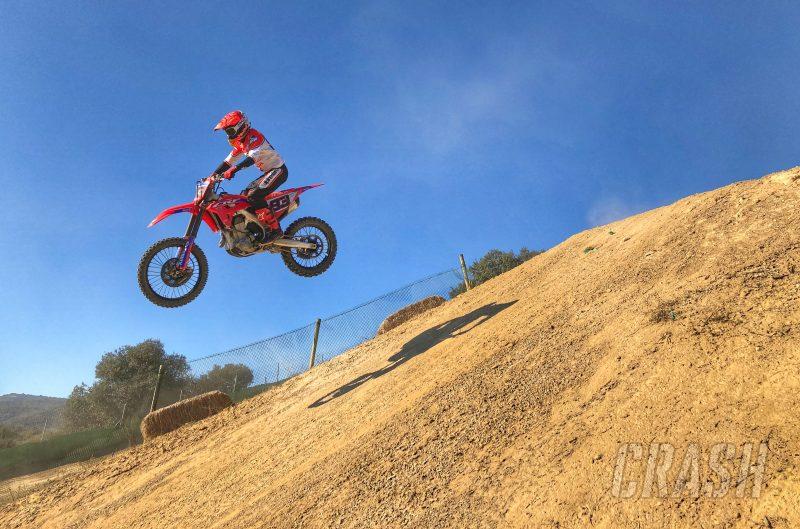 Marc Marquez returns to two-wheel action for the first time in three months after doctors confirm a ‘clear improvement’ has been made to the six-time MotoGP champion’s condition.

Marc Marquez has returned to two-wheel action for the first time since winning the 2021 Emilia-Romagna MotoGP.

Marquez missed the final two races of last season after a training accident resulted in a concussion and return of the double vision - also known as diplopia - problem he suffered from in 2011.

Since then the eight-time world champion had been restricted to off-bike training only, however, after being cleared by doctors Marquez returned to motocross action.

A statement from Repsol Honda said: "Marc Marquez underwent a medical examination with Dr. Sánchez Dalmau last Monday to analyse the situation of his diplopia. The ophthalmologist confirmed a clear improvement in the vision of the eight-time World Champion.

"With this progress, the Repsol Honda Team rider received authorization to ride a motorcycle and motocross, the most demanding discipline possible in the world of two wheels, was chosen by Marquez and his team.

"After a three-month absence, the Spanish rider returned to riding at the Ponts Circuit (Lleida). After several runs his sensations and feelings on the bike were more than optimistic.

"The next step for Marquez will be to ride on a paved racetrack."

Marquez will now be present for this Friday's Honda Motorsport launch event, while he will also attend the Repsol Honda team’s official unveiling of the 2022 RC213V MotoGP bike on February 8th.

Along with the Repsol Honda team, Marquez himself shared the news of his return to training on social media, saying: “After three months, first day on a motorbike enjoying like a child!.”

Fab news, I'd love to see him back at the sharp end. As Yorick say's MotoGP needs him, we need all the best riders having a proper scrap.
Top

Mir and Fab Frog will be very happy they made champion. They'd be even happier if they'd beaten a fit MM. Not saying they wouldn't have, but you know

When Marc looks at the grid now there'll be half the number of bikes to beat.