Motorbikes, Sportsbikes, Adventure bike, Supermotos, banter, chat, friends and whatever else you can imagine. Lets make it GREAT again.

Motorbikes, Sportsbikes, Adventure bike, Supermotos, banter, chat, friends and whatever else you can imagine. Lets make it GREAT again.

There's certainly some yes.... Tricky and Crust come to mind first of all... We'll get them to post a bit

Well I know you’re getting muddy without an engine.
Top

Got a Husky TE300i over here. Plenty of volcanoes to play in.
Top

Yup, Crust and me get out on the lanes of Southern England once a month or so with a couple of other boys, it's a great little gang. Has been dead slippy and very wet lately but wet or dry is always top fun

None of us are big on photo taking etc so don't have many, but this was the week-end just gone where we stopped for lunch. 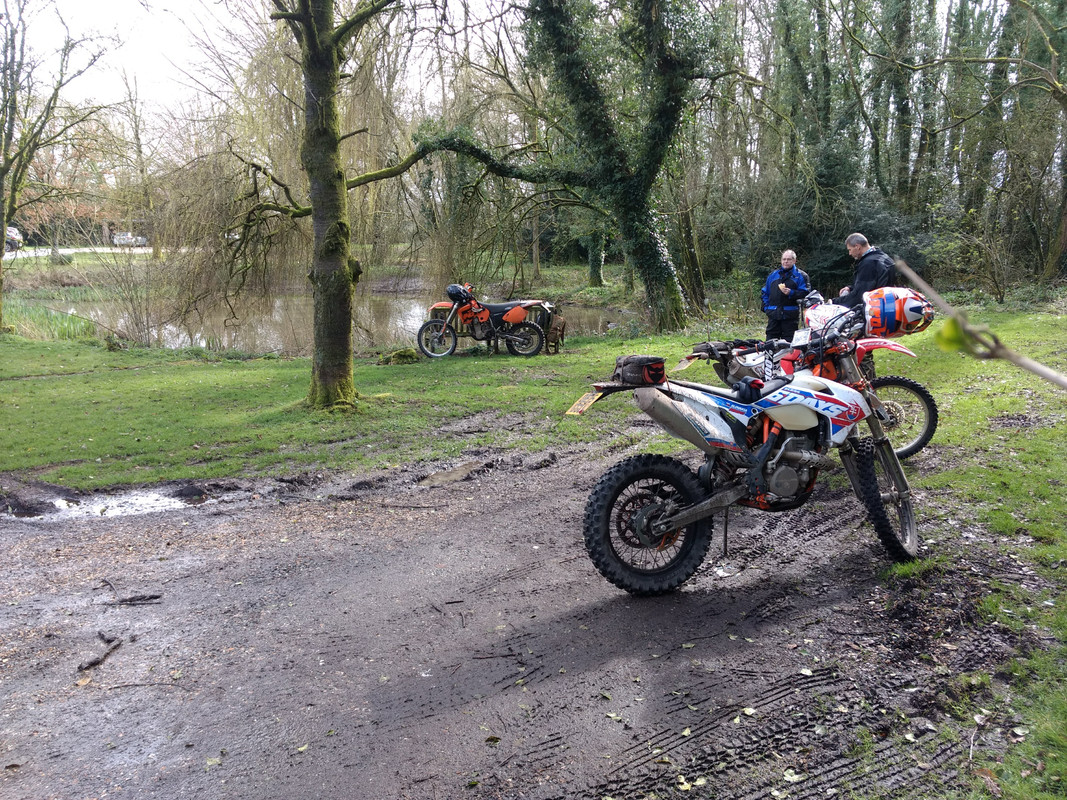 And this vid doesn't star any of us in it, but thought it was worth posting as it made me laugh a lot- he's an Irish Bike Vlogger, does lots of on road stuff, but off-road definitely not his forte, sort of like Father Ted tries off-roading

I've been toying with a 300 smoker (KTM, Berg or Husky , either would do) for years, rode a carbed Berg TE300 a few years back , cracking bike.
I'd definitely have one if I was going to get racey and do any enduros, and I've nearly bought one on two occasions now but just stopped short- I've had the trusty old 525 so long it is literally like the comfiest old pair of slippers ever for me now, it goes anywhere so easy, never lets me down , just refuses to die, and if I'm honest, is perfect for what I want it for
When it eventually does die though, we shall see...
Top

I'm up for some off road messing about when we are allowed out again.
Top

Yup, count me in

Dirty is my middle name......not quite.
Love it though, nothing better than doing a bit of bush bashin out in the scrub.
Dirt bikes are my thing.
At 37 yrs old now I think I've owned more than a couple dozen chook chasers to date.
See if I can find some pics for ya 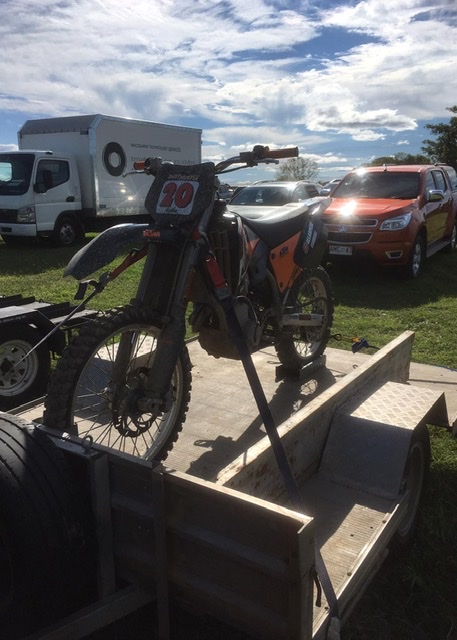 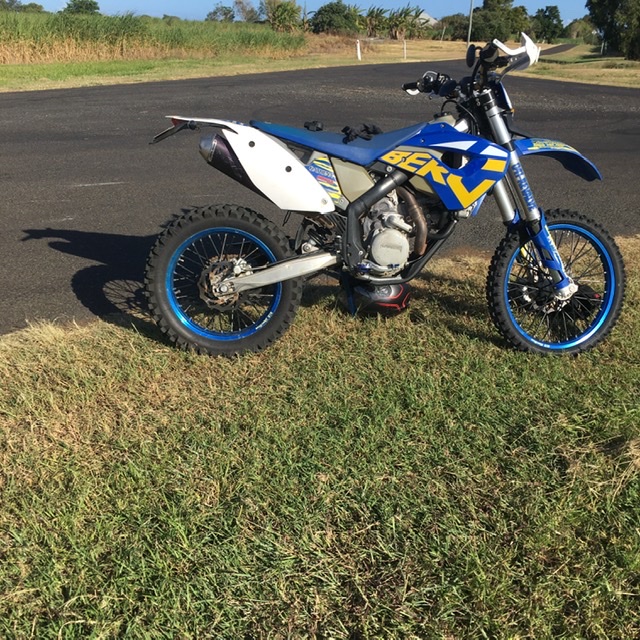 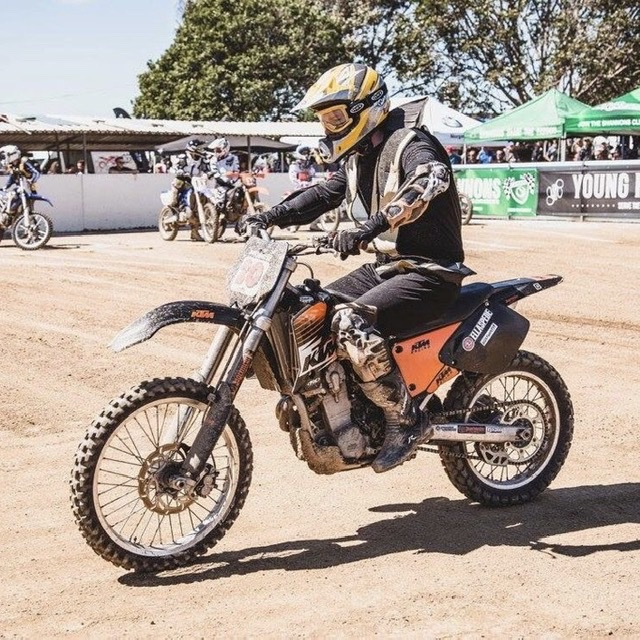 An early-ish start and 90-odd miles on the lanes of southern England yesterday, the first post-lockdown for me and most of the Jolly-Boys gang, absolutely brilliant day in every respect, and as the eagle-eyed may notice, at last we have our dream sponsor 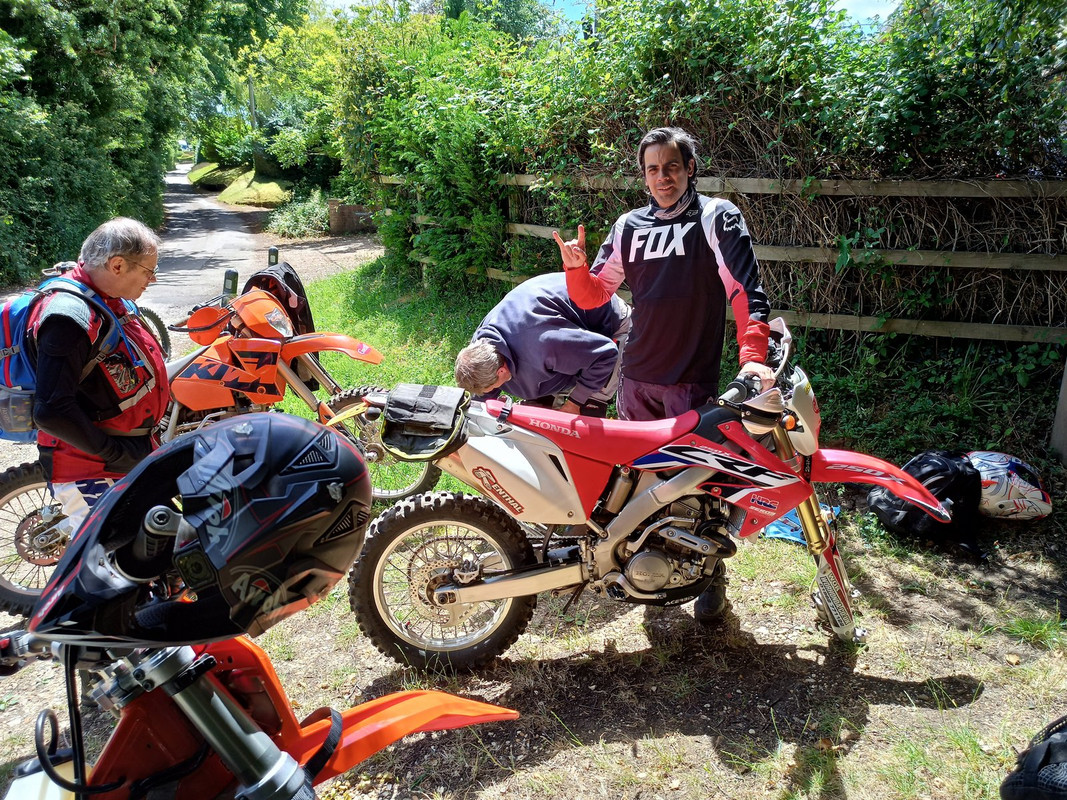 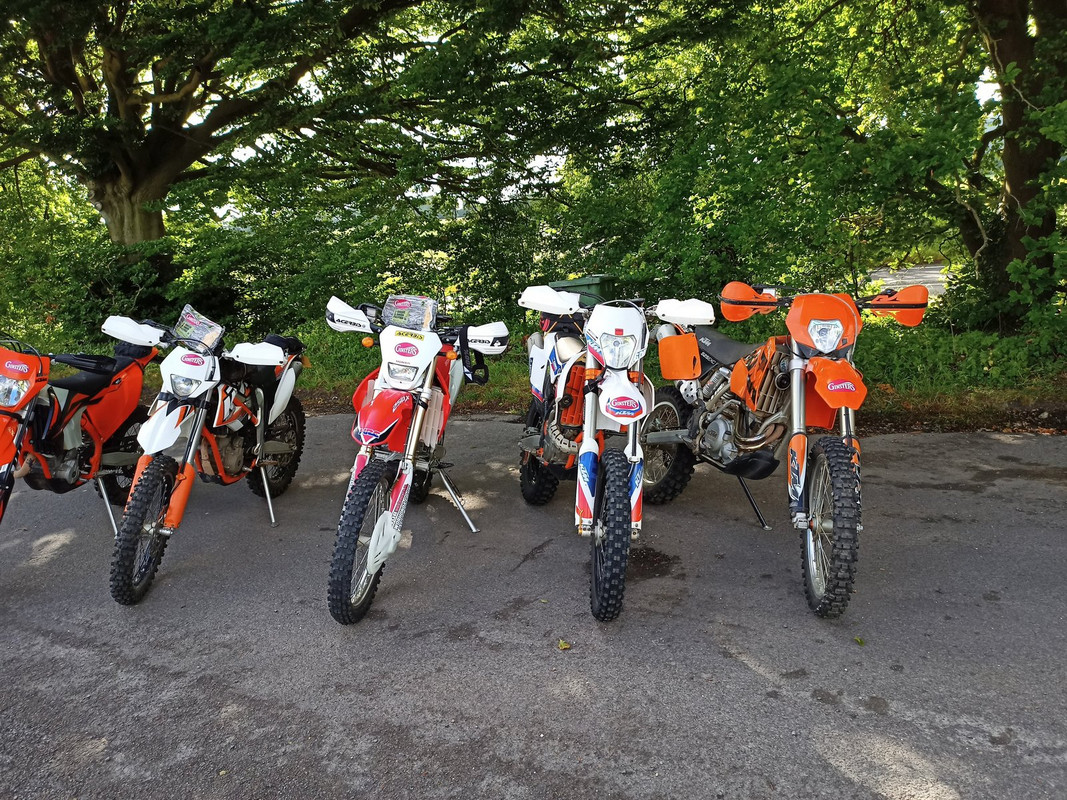 I ride in the desert sometimes but I'm too old (lazy) now to really bother much.
And you don't heal as well when you're older.
It's a young mans game.
Top

Pretty much why I stopped. Last time out, laid in a corn field thinking I've done my collarbone after another display of ineptness saw me catapulted off after dropping the front wheel into a rut. I did try a trials bike for a couple of years but, ambition and stupidity overcoming skill level, I managed to have several visits to A&E and a new set of scars.

It was also frustrating as I didn't have the time to ride enough to get to the level I wanted to.
Top

I used to trail ride a lot, and did Enduros, but I'm now too old to be arsed with Enduros and trail riding is too much hassle, I now use an EMTB like a trail bike and have a better time.
Top
14 posts • Page 1 of 1

Return to “Off Road, Enduro, Trials, ADV and Supermoto”